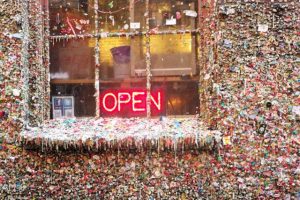 The casual gaming revolution brought billions of new consumers into the world of video gaming. A lot of the early marketing was designed to distance casual gaming from the stereotypes of hardcore gaming. Casual games were easy to learn, didn’t require a lot of time, and they were encouragingly rewarding. By contrast, hardcore games had the reputation of being difficult to learn, a knack for being punishingly unforgiving (one bad move and you were sent back to the beginning of the game), and demanding many hours to progress.

At some point the distinction between a hardcore game and a casual game breaks down: many hardcore game fans also play casual games, and many casual gamers play with hardcore intensity. Casual games can be compelling. There are a spectrum of games that are neither purely casual or hardcore.

To further differentiate casual games, some studios promoted their games as healthy. Sharpen your mind and improve your cognitive skills. Take a short break. Feel good about yourself with a positive feedback loop. Escape from the pressure and stress of life. Reenergize. Casual games were safe environments for everyone.

The goal of some studios was all about building trust and opening the doors to legions of new consumers. Some games were even presented in an envelope of positivity. If the brand was kid friendly, parents could rest assured that language, imagery, audio, theme, and gameplay were genial. Trust, consistency, and reliability were key.

The Guest with Potential Baggage

Third-party advertising was common in casual gaming, even in the early days when companies struggled to find viable business models. A few companies went out of their way to curate the ads that were displayed to reinforce the healthfulness of the games. They studiously avoided certain forms of advertising for products associated with addiction or poor health, such as pharmaceuticals or fast foods. Casual game developers and many publishers gave consumers the opportunity to set aside their problems and go into a safe, healthy mental space. The goal was to build markets, communities, brands, trust, and reputation.

Years ago, as the VP of Marketing for PopCap Games, I remember being approached by an advertising executive with the words, “Your audience of 45-year-old women casual gamers is highly desirable for the pharmaceutical advertisers. They really want that audience.” After an uncomfortable pause I relayed the Studio’s position: “We’re not willing to display pharmaceutical ads.” In less than two seconds I went from being the greatest new-found friend to an impediment. I explained the rationale, but it was too late, the lines had been drawn.

Our consumers valued our games because they were a safe escape from the burdens of life. And here was a set of advertisers, knocking at the door to provide reminders of life’s challenges. Highly targeted reminders. Perhaps even beneficial, but reminders that worked against the value and reassurance we had created in our brand and escape.

No question about it—there was money to be made from the advertisements, but in the long-term, those ads worked against our goals to deepen the connection we had with consumers so that we could help them get the most out of our games, and pave the way with implicit trust for the other games we were bringing to market.

There are wonderful innovations happening in the world of advertising that have many benefits. There are native ads that are contextually relevant, playable and rewarded ads. Sponsorships can be well integrated, appropriately timed and placed. Demographic and personalized ads can speak directly to consumers. The list goes on.